For further info and to join the Network, wirte at chapter.venetofvg @ gbcitalia.org

The 14th and 15th of May 2014, do come and visit our Energy Response booth at the virtual fair ‘Construction Expo 21’, at the ‘North Sea’ pavillon.

The Energy Response team is waiting for you… or your avatar, for a virtual coffee and a real chat!

The first virtual expo for the green
building industry across Europe
WWW.CONSTRUCTION21EXPO.EU
DO BUSINESS MATCHING with real estate investors,
designers, consultants, project developers, technology,
materials and many other important stakeholders in
sustainable building.
ATTEND GREEN BUILDING DEBATES on the latest trends
and political issues of the international green building
community.
Attend livestream presentations, browse
exhibitors’ booths, swap business cards, make
Skype calls or chat with other participants, all
from your own computer with your own
avatar! 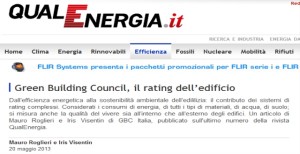 Published on n.2/2013 of Magazine Qualenergia an article by Mauro Roglieri and Iris Visentin about LEED, GBC and more in general aboput the benefetis of adopting sustainability rating systems of buildings to reach CO2 reduction targets. 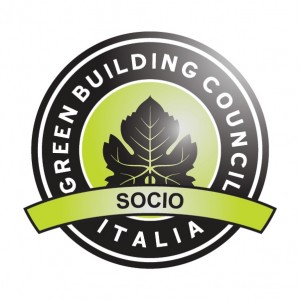 Green Building Council (GBC) Italia, always engaged in actions to promote the consensus on green building issues, attended the workshop held in Brussels on January 9th, 2012 in the framework of the implementation activities of the European Directive on Energy Performance of Buildings (Directive 2010/31/EU, EPBD recast). The purpose of the workshop was the presentation by DG Energy to the business stakeholders of the progress in the definition of a “voluntary common EU certification scheme for energy performance of non-residential buildings”. Mauro Roglieri, member of the GBC Italia board, represented the interests and the contribution of the association.