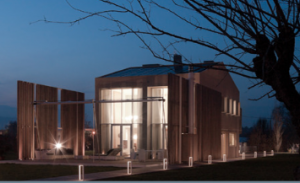 Buildings in which we work and live, are responsible for 80% of greenhouse gas emissions globally. This is due to energy consumption for lighting, summer air conditioning, winter heating, but also to the use of natural resources and building materials which create additional greenhouse gas emissions while being produced and disposed at the end of their life cycle.

Welldom, with Biocasa_82, commissioned by Claudia and Enrico Moretti Polegato (President Diadora, VP Geox), demonstrated how a building, in this case a residential house, can achieve the highest standards of respect for the environment throughout its entire life cycle, resulting at the same time an extremely comfortable place to live.

Biocasa_82 is compliant with the international standard of sustainability LEED for Homes at ‘Platinum’ level, but Welldom wanted to calculate analytically the reduction of GHG emissions throughout the life cycle, compared to the construction of a traditional building in Class C. This study was commissioned to MR Energy.

Following this link to the event invitation. 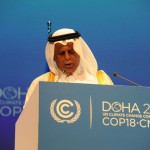 MR Energy Systems will be present at Ecomondo, Rimini, Wed 7-Fri 9 November 2012,inside the VEGA area (Science and Tech pole of Venezia), STAND A4, Hall B7 D7 “sustainable city”, close to gate ‘EST’.

The agenda of events where MR Energy will take part:

Download the hall map with indication of Stand A4 to find us.

For more info write to: info@mrenergy.it

A wonderful initiative of the Municipalities of the North-East who have decided to give space, with a big party, to the Green Economy! At 17.00 the conference on the GREEN future of Porto Marghera (@ Mestre, Via Poerio). From 17.00 to 22.00 (@ Ca ‘Badoer, IUAV, Venice) our friends of the Master in’  Sustainable Construction Processes with GBC Italia promoting sustainable buildings and exhibiting innovative projects and solutions, accompanied by the notes of the Jazz Quintet of the Unisono Jazz Club of Feltre (BL). Another beautiful combination of art and passion. A round of applause to all the organizers and protagonists of the Green Night!

For more information and the complete program of the event:

VEGAinCUBE will be launched the 2nd of May 2012 @ 12 a.m. at VEGA PARK. VEGAin CUBe is a ‘incubator’ of start-up, among which MR Energy Systems s.r.l. hosted for the coming three years thanks to a public competition and a selection of the best 21 business plans.

For more information (IT):